Colorado Kid Will Not Be A 'Thread Left Dangling'

Haven has not forgotten about the Colorado Kid, and James Cogan may be back in Maine sooner than fans expected.

The search for the Colorado Kid's identity comprised the first three seasons of the Syfy series, but Steve Lund's character disappeared when the Barn collapsed during "Thanks For The Memories." Unlike Duke (Eric Balfour) and Audrey (Emily Rose), James failed to find his way back to reality - so far.

Back in April, writer Brian Millikin promised that the Colorado Kid's story "isn't finished" and the scribe has offered up a few new details regarding Audrey/Sarah and Nathan's (Lucas Bryant) son.

"I can promise you James Cogan's role is not over. We had to wait a bit to get back to him, but when the time comes, we will," Millikin tweeted in mid-June, later adding that, "he was kept alive for a reason. He had a role to play down the road..."

However, Millikin was unable to part with much information regarding Cogan's long-awaited return.

"Wish I could be more specific for you, but all I can vaguely get away with is that he is not a thread left dangling," Millikin teased.

Emma Lahana Not Likely to Return as Jennifer Mason

"Haven" Season 5 looks to be down one character when the Syfy show returns. Emma Lahana, the actress who played Jennifer Mason in Season 4 is not likely to return with the show.

The news comes from the Twitter feed of one of Lahana's "Haven" co-stars, Eric Balfour. On Thursday (June 19), Balfour explained why Jennifer might not return:


It's a good reason, even if it isn't the happiest news for "Haven" fans.

Lahana joined the cast of "Haven" at the beginning of Season 4 and appeared throughout most of the rest of the episodes. In the Season 4 finale, Jennifer collapsed, seemingly near death, after opening and closing a portal to another world. The news that Lahana probably won't return indicates that Jennifer isn't going to survive her ordeal.

Do you remember the rings on Haven? Nathan found his after his dad’s death and Audrey got hers from Vince. Will we find out something more about those in Season 5? –Natalia
I can assure you that yes, the rings will play a role in the show’s supersized new season.

A former Alpha is poised to uncover Haven‘s many troubling secrets.

TVLine has learned exclusively that Laura Mennell, who played the “suggestive” Nina on Syfy’s Alphas, has joined Haven Season 5 in the recurring role of Dr. Erin Reid, a brilliant (and, well, beautiful) epidemiologist from the Centers for Disease Control and Prevention who fears the titular town is on the verge of a deadly viral outbreak.

Dr. Reid is described as “a force to be reckoned with,” as Audrey (played by Emily Rose), Nathan (Lucas Bryant) and Duke (Eric Balfour) quickly will discover. And while Dwight (Adam Copeland) will work overtime to keep hidden Haven’s secrets, the CDC whiz unknowingly uncovers a genetic marker found only in Troubled people. Could that mean a cure is around the corner…?!

Just found out that Haven won't be in this year's San Diego Comic Con. Too bad because they are so much fun. But apparently the reason is budget and that they are in the midst of a production of an extended season and a late start to filming due to extreme weather in Nova Scotia.

But at least we got a long season!
Publicado por ElleTolentino en 7:46 PM No comments:

Email ThisBlogThis!Share to TwitterShare to FacebookShare to Pinterest
Etiquetas: SDCC 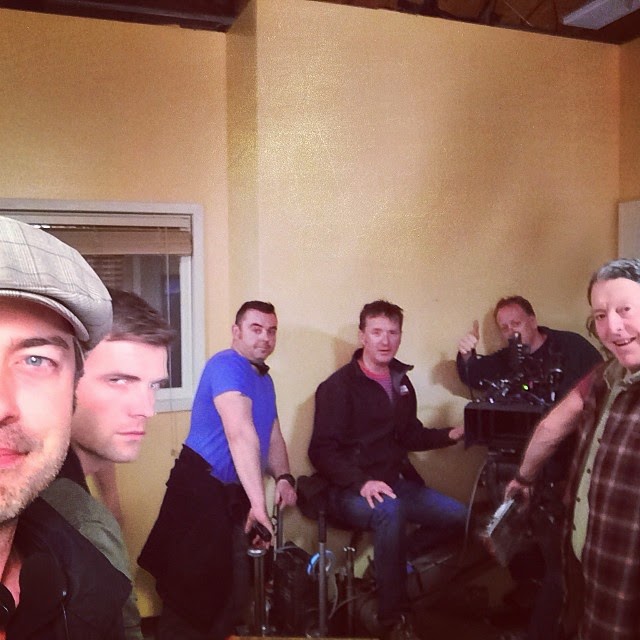