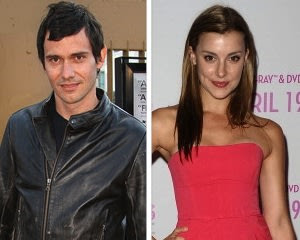 Dexter Morgan and Duke Crocker have kin in common.


Christian Camargo, who on Dexter played Brian Moser aka Dex’s brother aka the Ice Truck Killer, is joining Haven Season 4 in the recurring role of Duke’s estranged half-sibling Wade, Syfy announced on Thursday.

Described as “charming, driven, and slightly devious,” Wade is a successful businessman seemingly at the top of his game by in reality haunted by a dark and lethal family secret.

In other Season 4 news, the Syfy series has cast Hellcats alum Emma Lahana as Jennifer Mason, a slightly off-kilter young lady who hears strange voices in her head — voices that could produce valuable clues about Audrey Parker’s whereabouts. As Jennifer digs into her own personal history, it is revealed she may have a bigger role to play in the town’s strange happenings.

The Hollywood Reporter first reported on the two castings.