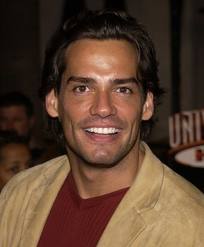 Syfy and Entertainment One have announced that Chilean actor Cristian de la Fuente has signed on to guest star in an upcoming episode of Haven playing the role of "Cornell," a straight-laced, conservative, mild-mannered banker who we discover is hiding a dark and shocking double life.
Source: The Futon Critic
Picture: IMDb.com