Haven Virgin Diary – I want to kick its ass 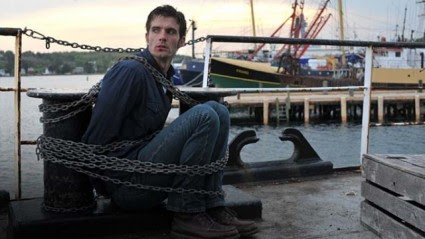 What is causing the troubles? Who is Audrey? What caused the divide between Nathan and Duke? We got very little in terms of big picture answers in these episodes. If I was watching them week-to-week it probably wouldn’t have been as obvious, but it was difficult to ignore watching them so closely together.
From what I understand, the mystery takes a bigger role as the series goes on. I hope that is sooner rather than later.

Episode 4: “Consumed”
I made the mistake of eating lunch while watching this episode. The spoiled food, dead birds, and all the disgusting slop was not a good match.
The troubles have definitely come to Haven, though Nathan and Audrey have done an amazing job at keeping it quiet. The residents, even those who knew about the original troubles, don’t have a clue what is going on. With all the odd happenings that’s a bit surprising.

Wouldn’t the residents wonder why food was instantaneously spoiling and disintegrating in front of them? And, what about dead birds falling from the skies and dead fish in the sea? It’s going to become more and more difficult to keep the secret.