A Starter Guide to Haven 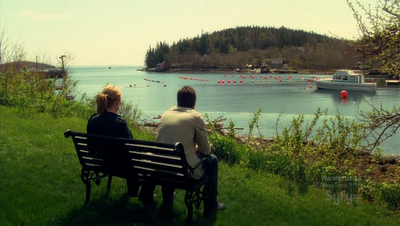 Back in 2005, Stephen King published a novel called The Colorado Kid. A few years later Syfy aired Haven, loosely based on the story.  Almost impossibly, the show managed to be even better than the book, and two seasons later, Haven has become one of the best but most underrated supernatural shows on TV.

Let me give you a little bit of background to get you started. The idyllic town of Haven is on the rocky coast of Maine because, as I said, this is based on a Stephen King story and the man loves writing about his home state more than any author since William Faulkner. The setting has the added bonus of giving the show some truly gorgeous scenery.

Haven is just like any other small town except for the fact that it's subject to the sort of creepy craziness which puts it squarely in the lead for the title of America's Next Hellmouth. This is because some of the citizens are plagued with supernatural powers passed down through family lines known by the locals as the Troubles. The Troubles are many and varied and can range from things like a useful ability to read minds to deadly poison sweat (no, seriously, his sweat kills people). In addition, we discover that the entire town has been touched by the Colorado Kid murder, an event that took place twenty-three years before the pilot with no resolution.

Email ThisBlogThis!Share to TwitterShare to FacebookShare to Pinterest
Etiquetas: articles