Ratings: Lay Me Down

Haven was basically steady versus last week! Which is amazing because:


During the live broadcast of "Lay Me Down", all the hashtags we asked you to use including #pancakes, trended: 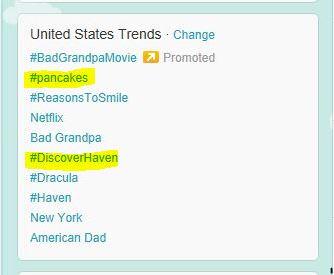 Thanks to all for watching, tweeting live and loving this show.