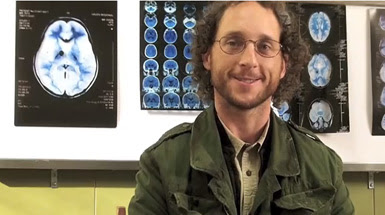 Briefly introduced in last week’s premiere episode, viewers got their first glimpse of “Sinister Man” portrayed by newcomer Kyle Mitchell. Sinister Man along with his partner Heavy (Robert Maillet) have a vital role to play in Season 4 of HAVEN. They are not your average thugs of the week, so it was a privilege to talk with Kyle about his new role to try to get a few clues about what Sinister Man is up to.

Like most of the cast, Kyle was reluctant to reveal any real spoilers, but he was happy to talk about getting the role and making the transition from crew to guest actor this season. He was also delighted to get a chance to play a character with a darker edge and that he was to be paired with WWE wrestler Robert Maillet as partners-in-crime, so to speak, on screen.